Hydrogen is the 1st and simplest element on the periodic table because it has only 1 proton at its center (in its nucleus). Since the proton carries a positive charge, it will attract 1 electron to it in order to balance its charge because electrons have a negative charge. Hydrogen therefore forms a neutral atom when a single electron surrounds and envelops a single proton with a sphere-shaped cloud of charge density. Within the boundary of this cloud, the charges balance perfectly (shown below).

The wireframe with light coloring represents a single electron. (Note: an electron will occupy much less volume when it is isolated and not surrounding a nucleus. See Understanding Electrons)

The reason that opposite charges attract each other is that, between them, their electric fields are aligned in precisely opposite directions. This causes their fields to cancel, which lowers the energy between them. Since lower energy is desirable, they are attracted into the direction of this state. (Like charges repel because their fields are aligned in the same direction. This increases field energy between them, and they move away from this undesirable, higher-energy state.)

Hydrogen only has 1 electron shell. Its single electron forms a spherical orbital called an s-orbital. We can therefore describe hydrogen as having an electron configuration of 1s1. The “1–s–1” means: shell number 1, the s-orbital, which contains 1 electron.

The image below provides a different view of the spherical hydrogen atom:

The fact that hydrogen has only one electron cancelling charge and field with the nuclear proton makes hydrogen particularly keen to keep that electron. This gives hydrogen a high ionization energy (1,312 kJ/mol = 13.6 eV), meaning that it is difficult for other atoms to steal its electron. Though it does often occur, for example, when the hydrogen ion (H+) forms, which makes acid. (See below)

Hydrogen is also quite reactive in search of another electron to pair with its single electron. When two electrons pair, they form a di-electron state, which is a much more stable and desired state than an unpaired electron. (See Understanding Electrons) This occur, for example, when the hydride ion (H–) forms, which makes base (also known as alkali). (See below)

An ion is an atom that either has more or fewer electrons (–) than protons (+). If they are not present in equal amounts, the charges are not in balance, and the atom carries an overall charge.

Electron pairing and electron symmetry are such favorable energy states that they will happen even at the expense of the atom having a neutral charge. Some atoms easily form ions by gaining or losing electrons in order to achieve full, symmetrical electron shells. This stabilizes them more than having the same numbers of protons and electrons.

In the presence of more electronegative non-metal atoms (like chlorine), hydrogen can lose its electron and the (acidic) hydrogen ion (H+) can form (below, left). The stronger an acid, the more H+ ions it produces in solution. An H+ ion is an exposed proton, which is why strong acids can be so corrosive. Each H+ ion is desperately seeking an electron in which to clothe its bare proton nucleus. It does so by taking an electron from another substance around it, which results in a (sometimes violent) chemical reaction.

In the presence of metal atoms (like sodium), hydrogen can attract an extra electron and the (alkaline) hydride (H–) ion can form (below, right). This occurs because metal atoms have low ionization energies, meaning that their outer electrons can become delocalized or easily removed by electronegative non-metal atoms (like hydrogen or oxygen).

When two hydrogen atoms bond to form an H2 molecule (shown below), the two bonding electrons form a single di-electron state. This is a different state than two single electrons. It is a boson state where the two electron wave functions are completely superimposed upon one another for maximum magnetic field cancellation. This binds the two nuclei together in a covalent bond. The electron density keeps the protons suspended within it, although they remain a distance apart because protons repel each other. (At the atomic level, a molecule is therefore very much like a discrete crystal that just has a very limited extent.)

We also see di-electron formation in the individual helium (He) atom, although it is spherical and contains one nucleus with two protons rather than two nuclei with one each.

Hydrogen is important for many reasons. Some of these include:

It is the most abundant element in the universe because the hydrogen atom is the simplest atom — 1 proton + 1 electron.

Hydrogen makes up stars, which fuse the hydrogen atoms together to form helium atoms, resulting in a large release of heat energy — fusion energy. As stars go through their stellar life cycles, they forge the heavier elements from the smaller elements. Stars are literally the matter-making machines of the universe, and hydrogen is the raw material.

Hydrogen (H2) combines with oxygen (O2) to form water (H2O), the most essential compound for sustaining life on Earth. When hydrogen and oxygen combine, a large amount of energy can be released as heat because the product, H2O, is so much more stable than the elemental gases individually. This is called a combustion reaction because it often involves burning.

Burning is the chemical process that occurs when a substance combines with oxygen, releasing a lot of heat. It is the heat from this combustion reaction that is used to power the rocket engines of the space shuttle, for example, when liquid oxygen and liquid hydrogen are used as the fuel. This is a very clean-burning fuel since water vapor is the “waste” product.

The formation of water from hydrogen and oxygen is a reaction that can also be reversed. Hydrogen and oxygen can be obtained by splitting water molecules apart. The most common way to do this is by electrolysis — using electricity to split the water.

The reverse is also true. Electricity can be obtained by allowing hydrogen and oxygen to react in a non-explosive way. This is what occurs in a hydrogen-oxygen battery, known as a hydrogen fuel cell.

While most hydrogen atoms contain 1 proton and 1 electron, there are some that also contain 1 or 2 neutrons. Atoms that have the same number of protons are the same element, but if they have different numbers of neutrons, they will have different atomic masses. These are called isotopes. There are three isotopes of hydrogen. 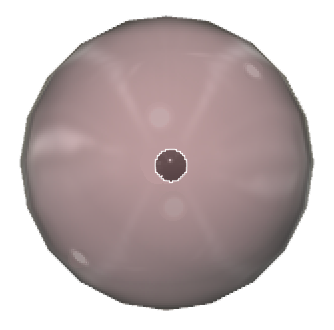 (1H): 99.98% of all hydrogen atoms contain 1 proton (and 1 electron), and have an atomic mass of 1. (Electrons do not account for a meaningful amount of the atom’s mass.)
Deuterium 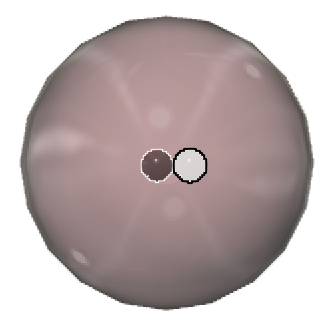 (2H): A small percentage of hydrogen atoms contain 1 proton and 1 neutron in the nucleus, and have an atomic mass of 2.
Tritium 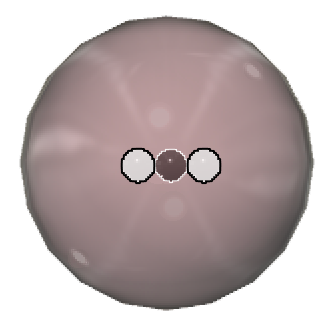 (3H): A small percentage of hydrogen atoms contain 1 proton and 2 neutrons in the nucleus, and have an atomic mass of 3.

Water made with deuterium — called “heavy water” (D2O or 2H2O) — has a density about 11% higher than regular water (H2O). It has various properties that differ slightly from regular water, and it has typically been used in nuclear reactors.

The hydrogen atom contains 1 proton and 1 electron. Since their energies, charges, and fields are completely inter-acting, we might call the hydrogen atom an electro-proton.

Like the hydrogen atom, a neutron is neutral because it contains the charge of the proton plus the charge of the electron. The mass of the neutron (939.6 MeV) is very similar to (though slightly larger than) the combined masses of the proton (938.3 MeV) and electron (0.511 MeV). The difference in their masses represents the difference in energy between the neutron state and the electro-proton state. This energy is given off when a neutron decays.

While a neutron is stable when in harmony with other protons and neutrons in a nucleus, an isolated neutron is not a stable particle. It usually decays in less than 15 minutes, splitting into a proton, an electron, and emitting the additional energy (in the form of an antineutrino).

In the electro-proton, two particles are in resonance with one another, engaged in a harmonic dance that exists in a perfect balance between charges. In the neutron, the proton and electron structures have combined into one new resonance structure — a single new coherent energy flow.

RETURN to the Periodic Table